On April 13, 2019, the ballroom community threw an epic ball competition at the George Peabody Library. At the event, which drew guest from as far away as New York and Paris, ballroom artists partnered with JHU to interpret the Library’s historic collections through costume and stylized performance. The ball was the culmination of months of collaboration between the Johns Hopkins Sheridan Libraries, the Peabody BFA Dance Program, the Johns Hopkins Film & Media Studies MA program, and an advisory committee made up Icons and Legends in Baltimore’s ballroom scene. Read about the process at this blog post.

The George Peabody Library has been known for over a century as a repository of great knowledge. Ballroom, a culture that’s nearly a century old, continues to store and generate its own knowledge. Tonight, showcase that knowledge and show what you’ve learned.

Virgin Performance ($50)
Bring it like your favorite performance legend.

Virgin Runway ($50)
Bring it like your favorite runway legend.

The George Peabody Library opened its doors in 1878, during a period known as the “Gilded Age” in the U.S. and the “Victorian era” in Britain. This period in time, America and Britain saw unprecedented growth in industry…technology…and most important wealth. The Vanderbilts, The Rockefellas, Queen Victoria, Thomas Edison, are all names from the time. Tonight…come to the Peabody’s grand opening dressed to impress as a socialite. We want a look of class and sophistication and don’t forget the most important: “You’re rich!”

In the halls of the Peabody Library you will find writings and profound works of art, but some are not as obvious as others. Fore-edge painting is an art form in book decoration. Delicate watercolors are painted on the edges of book pages and concealed to look like a regular book….until it dries and the pages are slightly fanned….then the true beauty is uncovered. Tonight, come with your face completely concealed until you reach the judges to reveal the true beauty beneath.

“First you will come to the sirens who will enchant all who come near them. If any one unwarily draws to close and hear the singing of the sirens, his wife and children will never welcome him home again, for they sit in a green field and warble him to death with the sweetness of their song” – Homer’s Odyssey, c. 8th century B.C.

Odysseus, the King of Ithaca, has angered the Great Sea God Poseidon, who has cursed him to travel the sea and never return to his homeland. Odysseus, who is known for his brains, believes he may have found a route home, but he first must pass the most beautiful ladies of the sea. Let’s see who will win this epic battle of the sexes.

Base your looks on this Peabody volume

MF – You are Odysseus lost at sea.
FF – You are the seductive sirens luring all men to their death.

When balls were being thrown in the Marc Ballroom in New York City…who would have thought that Balls will be featured on TV…in the Smithsonian…and now the world-renowned Peabody Library. Pay homage to those who fought, cried, and died so our art form can be displayed in the fabbest of place. All black from head to toe in the name of Paris Dupree … Stevie St. Laurent … Willie Ninja … and Cabbage Ebony.

Legendary Performance with an Understudy – “Grammar of Ornament” ($500)

The Peabody’s lavishly illustrated Grammar of Ornament, first published in 1856, was intended to help young designers make use of the underlying design principles of older civilizations – the grammar – in their own work. The Peabody Library architects drew on the book’s stunning patterns from ancient Egypt, Greece, and the Renaissance to build a gorgeous “cathedral of books.” Tonight you will take one of these patterns in the link below to create matching effects. One legend and one understudy will join forces to show how voguers are inspired by veteran performers.

“I wish to provide for an extensive library, to be well furnished in every department of knowledge, and of the most approved literature; which is to be maintained for the free use of all persons who may desire to consult it.” – George Peabody, Founder’s Letter, 1857.

The Peabody ranks amongst the world’s most beautiful libraries. The “cathedral of books” has created long-lasting memories for many generations who have graced the halls. Tonight we want you to make your own moment using only items that you would find in a library to create an effect that should have people talking for years.

Edward Muybridge was an English photographer important for his pioneering work in photographic studies of “Motion” and early work in motion picture projection. We have referenced one of the books that made him famous: his 1887 “Animal Locomotion.” This book was about capturing stop-motion photography of animals in a way that had never been done before. Bring us a look of an animal with a FEMININE TWIST and we also want a NEW MOVE that YOU have never done before.

Check out photos of Animal Locomotion

One of the Library treasures is a lavishly illustrated 1828 copy of Portraits Of Illustrious Personages Of The Court Of Henry VIII. Henry VIII defied the laws of the Catholic Church when he wanted to divorce his demure royal wife Catherine of Aragon for his promiscuous side chick Anne Boleyn.
Seductive vs. sophisticated

Johns Hopkins University is one of the most prestigious universities in the world. On this day we want you to pay homage to this Institution.

School Boys
Tonight you have an opportunity for a scholarship if you can get ace your history report on the George Peabody Library. Bring us a trifold poster board with facts about the Peabody library.

The Peabody staff will grade your tri-fold, so do your research with these resources

Thugs
In all black but you must have the Founder “George Peabody” name on it in any color.

Pretty Boy
You’re as rare as many of the books in the George Peabody library, tonight we want to see how skilled you in dressing by bringing it to the runway as a well dressed man. Using COLOR plaids, stripes, or polka dots. NO BLACK !!!!!!!!!

Executive
Executives don’t always have to wear a suit. Tonight we simply want to see your interpretation of an executive. However you must have information about the Peabody library as you plan to buy the library.

Female Figure Performance: “I Know Why the Caged Bird Sings” ($150)

What books aren’t at the Peabody Library, but should be? Maya Angelou’s I Know Why the Caged Bird Sings shows how strength of character and a love of literature can help overcome racism and trauma. Bring it in feathers or bondage (cage).

The epic poem Paradise Lost … written by the 17th-century poet John Milton … explains the story of God and Satan battling for humanity’s soul as Satan tempts Adam and Eve in the garden of Eden. Tonight we want you to tell the story of this war between Heaven and Hell.

This project is funded by the Andrew W. Mellon Foundation, under the auspices of the Sheridan Libraries. The Johns Hopkins Harriet Lane PrEP is for Youth Program and PUSH Study is co-sponsoring the ball competition prizes. 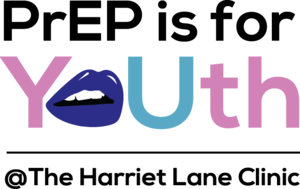